After watching a heartbreaking playoff loss that would’ve paid me out $1,100 that I had to illegally stream through Sky Sports and then a forgettable Valero Texas Open, I have returned from my two week pity party to preview my local Tour stop, The Zurich Classic of New Orleans.

The Zurich is in its second year of the team format, this year switching the alternate shot and four-ball days allowing the alternate shot to ultimately decide the winner on Sunday. This has the potential to set up some exciting drama for Sunday, but much more importantly, there is no rain in the forecast for the first time in years. Finally we will be able to enjoy a final round on Sunday without fear of being washed away into the bayou with Tripod (pictured above.) Also walk-up songs. But we’ll get to that in another post.

Even though the team format is fresh and a welcomed change of pace to the monotony of mid-season, less than important events, the coverage will still find ways to shove recycled jargon and talking points down your ear cavities this weekend. The drinking game words and topics will be whenever a shot of a alligator, especially Tripod, is shown rather than live golf, whenever someone mentions New Orleans food or jazz or Bourbon St., whenever an announcer flares the pronunciation to “New Orleeens”, and whenever someone uses the phrase “Ham and Egg”. Ham and egg is a phrase in golf only used during team format play, where one player has a bad hole but his teammate has a good hole and then vice versa. Whenever this happens the announcers will without a doubt say “We’ve got a little ham and egg going on here with the _______ team.” And when this happens, heat your New Orleans Original Daiquiri over a spoon, suck it up with a needle, and jam it into your thigh vein. 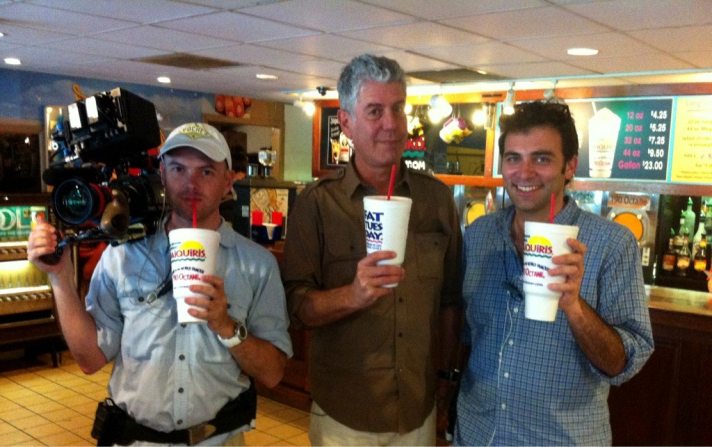 The teams this year are even more interesting / head-scratching than last year. The ones I’m most excited about seeing are the Baylor Boys, Harris playing with Hudson Swafford and Jaeger and Keith playing together. Keith has been campaigning for walk-up songs for what seems like his entire PGA Tour career, but Harris and Hud’s song is dump trucks times better than theirs.

My other teams I’m excited about seeing and think will do well are Sergio and Rafa, Rose and Stenson, Patricks Reed and Cantlay, and the return of Big Brooks Koepka. Brooks is criminally underlooked as a top golfer today, even with his US Open win last year. He’s leaving his brother at home and is pairing up with some dude named Marc Turnesa? Doesn’t matter. We’re going out there to watch Big Brooks bang 340 yard drives and drink a million Michelob Ultras, which he also likes.

I haven’t bet since getting my heart ripped out by Si Woo but I wouldn’t count out either of the playoff teams from last year, Cameron Smith / Jonas Blixt, and Kis / Scott Brown. Also Rose and Stenson is a popular pick but I’d stay away from that. Neither made the cut last year. I think Spieth and Ryan Palmer will win it, but I’m putting money on Koepka’s team, Harris and Hud, and Keith and Jaeger. Let’s hope one of the long shots pull through. For my one and done I get a free pass to choose Harris again so I’m obviously doing that. Let’s hope he stays away from the purple drinks long enough to make a run at it on Sunday.