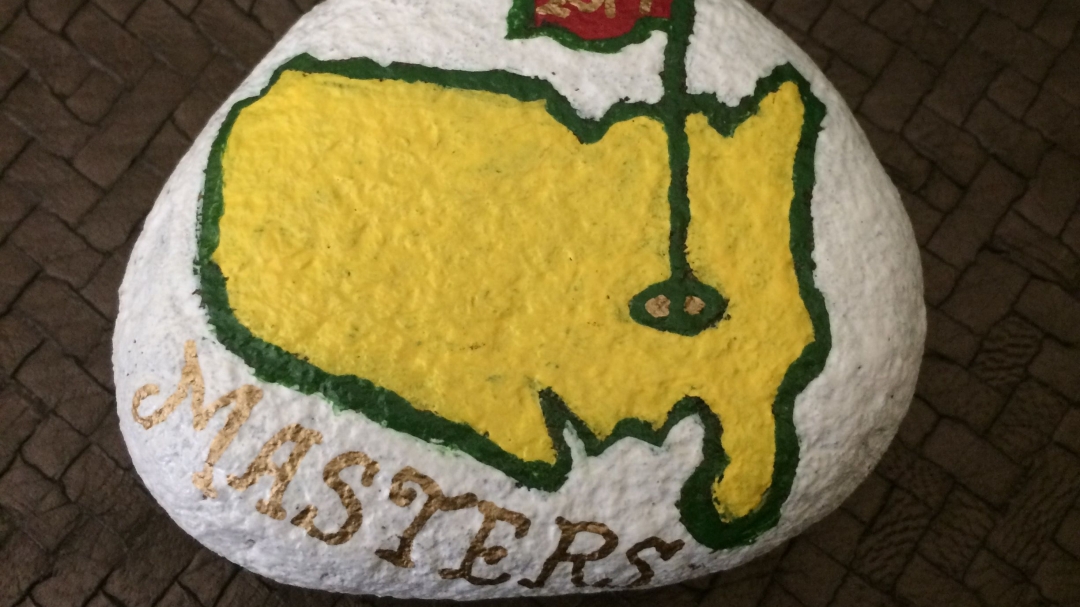 Tiger last won at Augusta National in 2005, his fourth green jacket, and his third in the previous five years. The following year in 2006 was the first time I was able to witness The Masters in person. Tiger failed to win that year, his father died that May, then in the quick years to follow he became known more for his injuries and his public revelations of his less-than-squeaky-clean private life than his dominance on the golf course. But the anticipation for the 2006 Masters was more expectations than excitement. Everyone expected Tiger to win. Golf and watching The Masters was not about seeing who would win, but rather who, if anyone, could beat Tiger Woods.

When my dad told me he had tickets for the Monday practice round, my excitement was more for the chance to witness the beauty of Augusta National, with the opportunity to see famous golfers a consolation prize. My dad told us that Tiger played his practice round before the gates opened and there was little chance we would be able to see him. As we were walking past the putting green, we noticed a mass of people shuffling and jockeying position towards the 18th green. Realizing what was happening, my brothers and I slid past a couple patrons to the ropes just in time to catch the greatest golfer of our generation walk no more than a foot away from us. Within minutes of being inside the gates of Augusta National, The Masters had exceeded my expectations.

Later that day, as we made our way around the course, stopping frequently for pimiento cheese and chicken sandwiches, admiring what everyone has always said (not a piece of pine straw out of place, flowers perfectly in bloom, most manicured grass on the planet), we were able to catch Retief Goosen, Ernie Els, Jose Maria I-lost-my-ball, Phil. At the beginning of Amen Corner, on the right side, mid-fairway of number 11, we sat in the pine straw and waited as Vijay Singh teed off. Vijay snatched his first drive immediate left into the Dogwoods. Several seconds after the crack against the tree, Vijay’s ball fell at the feet of my older brother. As the Big Fijian ambled up to his ball, I let him know that he almost killed my brother. Vijay motioned for us to throw him the ball, caught it and dropped it in one motion, then as he was about to take his club back, he replied to us without looking over saying in his islander accent: “Sheet ah-pens.” The patrons laughed as we watched Vijay’s ball land casually pin high.

Several years later in 2014, I was able to return to Augusta, again to the practice round. It was Harris English’s first Masters, and I spent that Tuesday morning following him, talking to his mom, and avoiding old teachers and coaches from our high school.

My older brother and I spent that afternoon drinking beers and chugging sandwiches. We drank and ate nearly $100 worth of concessions, all to my dad’s amusement and anxiety. I remember seeing Rory from a distance, but other than watching Harris and Jonas Blixt play together, I don’t remember any other golfers. Even so, this was one of my more memorable trips I’ve ever been on.

Two years ago, my little brother was married in Atlanta during Masters weekend. In between wedding activities, we crowded around TV’s and watched the coverage on our phones. One of my little brother’s groomsmen helps out with the operations during The Masters and was shuttling back and forth from Atlanta to Augusta. When he showed back up on Saturday before the wedding, he brought us hats and golf shirts from the members’ pro shop, the one where patrons aren’t allowed to shop.

After an incredible wedding reception, we found ourselves staying up at the St. Regis hotel bar until well after it had stopped serving drinks. My cousin slipped off to smoke a cigarette at what must have been 2:00 AM. When he eventually came back to the table we were sitting, he began telling us about some golfer that he met outside smoking a cigar. He told us that the golfer was set to play The Masters tomorrow. As someone who tends to embellish stories and leave out significant details during his stories, we all thought my cousin was mistaken.

“I swear! His name was Bernie Landers or something,” he told us. Because there is no way he could have known who Bernhard Langer was we knew he was telling the truth. At the time my cousin met him, Langer was tied for 3rd, two strokes off the lead going into the final round. No doubt because he stayed out smoking and drinking with my cousin until 2:00 AM, Langer shot six over on his final round.

For the past twelve years, the golf during The Masters has found a way to become second fiddle to the memories surrounding the tournament. The memories spent with family members that will last a lifetime. But that’s what Thanksgiving and summer vacations in Destin are for. This year’s Masters is going to be about golf. But if Gary Woodland wins, I’m sure we’ll find something emotional to make this week special.

One thought on “2018 Masters Preview”